In this snap taken for their 1892 wedding, John Henry Dean, my great-grandfather and his wife, Alice (nee McGugan) pose in a formal arrangement.

“He was then aged 30 and she was aged 22. Alica was born at ‘Mingbool’ near Mt Gambier in South Australia,” writes Patricia Allen in Silk, Gold and Chalk: some early history of the Deans, Perth, 2007.

“They were married at Archdale, Branxholme, by William Campbell Wallace, Presbyterian Minister, according to the form of the Presbyterian Church, and George Dean and Mary McGugan were Witnesses.” (Allen, op cit, p 18) 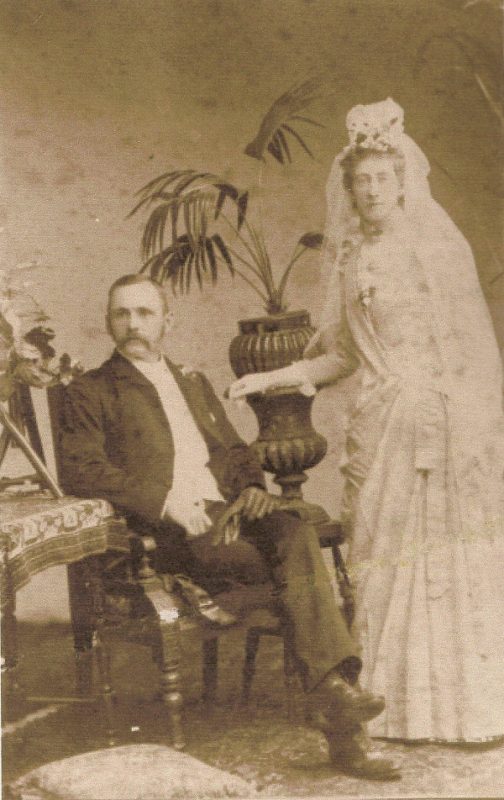